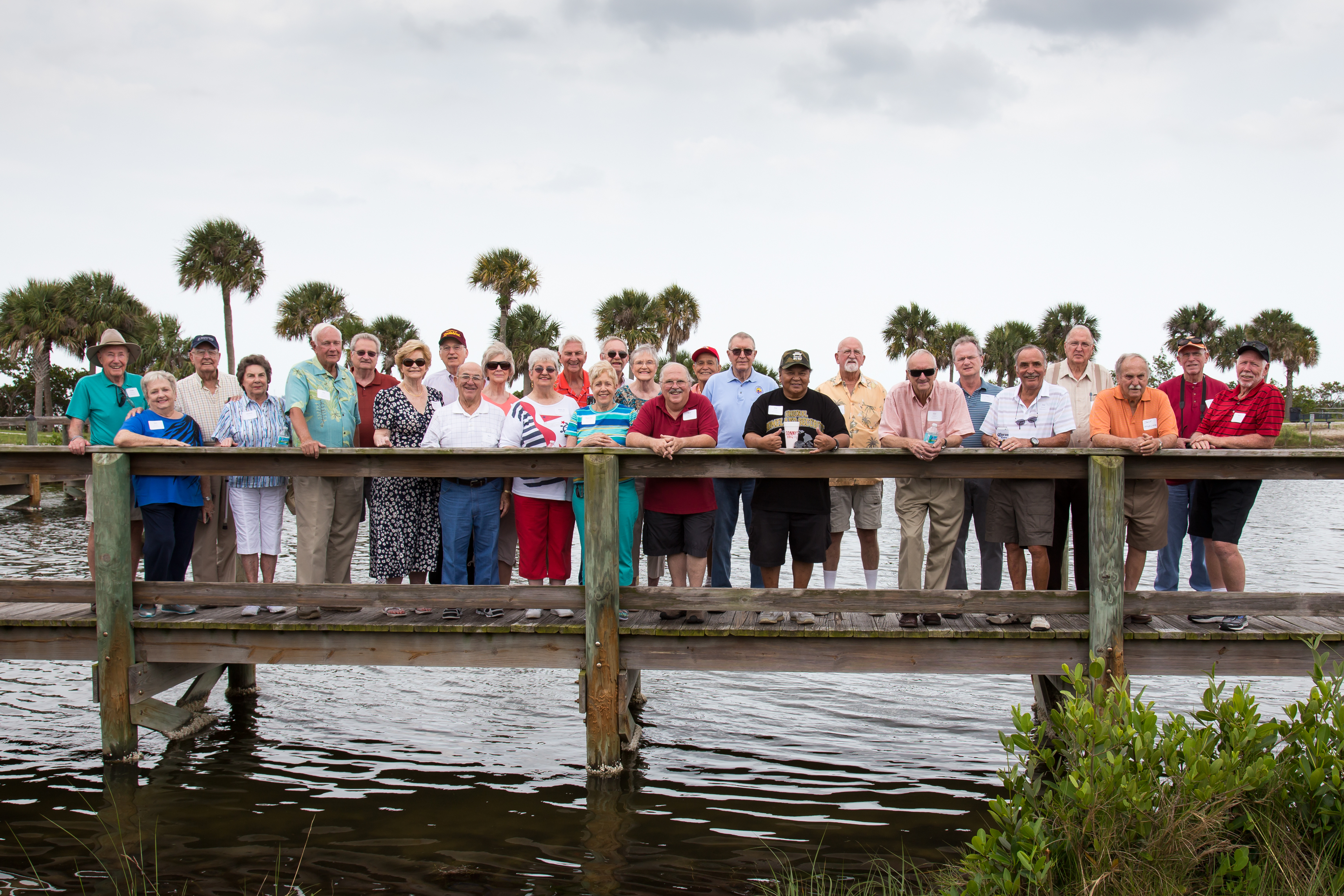 I wrote my memoir, The Step, to draw attention to the unsung heroes of the Apollo Program. The men and women who made up the technical team, instead of the astronauts who have historically received all the attention and the glory. I’ve been promoting my book and giving book talks for over a year now. I always mention the effort that was made to assemble this incredibly impressive, intelligent and hardworking scientific team that made this seemingly impossible feat, of landing a man on the moon, attainable.

Last weekend I had the pleasure of addressing Mensa at their Annual Gathering in Hollywood, Florida. I ended my talk, as I usually do, with a Question & Answer session. One man named Bob Tewchuk raised his hand and asked, “Seems there is a rumor that 90% of the Apollo mission computer was code redundant. That is, 10% of the code contained the instructions, and 90% was used for error checking and to ensure there were no errors or crashes. A friend of mine told me this years ago, and I’d like to know if it’s true.”

I worked in PR not in computer programming, so I didn’t know the answer to his question. But I knew someone who would! I took down Bob’s information and promised I would get back to him with an answer. I forwarded his question to two of my former Apollo coworkers and friends, Kenneth Clark and Jim Handley. Here’s Ken’s reply:

“The term “code redundant” implies that there is code that is redundant for some reason such as to recompute a value for which the answer is known in order to verify correctness.  I doubt there was any of that in the flight computers and know for a fact there was none in the ground computers.  A second form might be some form of redundancy in hardware with identical software in the redundant hardware and some sort of voting logic to determine which hardware was correct.  The Launch Vehicle Digital Computer used triple modular redundancy (TMR) logic, but I don’t believe the code was replicated.  The Saturn Ground Launch Computers were not TMR.  However, the Mobile Launcher Computer did contain redundant set of code which was switched to if the primary memory encountered a parity error or no instruction alarm during execution.  I don’t know if the Apollo Guidance Computers contained any form of redundancy and don’t see any evidence of any in my investigation on the internet.

On the subject of error checking, not even close to 90% of the code would be allocated to that task.  The amount of memory in any of the computers made it absolutely impossible for there to be much if any code in the computers to be used for error checking.  The error checking that existed was to determine if an operation requested or commanded by a program completed successfully.  There were some checks even in the Lunar Lander to report on unexpected errors.  An example of this was the Lunar Module program alarms minutes into the landing sequence (Error codes 1201 & 1202).

Note:  There were 2 Apollo Guidance Computers in the spacecraft.  One in the Command Module and one in the Lunar Module.

Amazing that over fifty years later his memory is so precise. I called him a genius in my book and clearly he’s living up to the title.

The remarkable triumphs of that team have changed the trajectory of our country forever. The greatest minds of the time collected and working together were ever so powerful. Unfortunately, when Apollo ended the team was disbanded. Many of the brilliant scientists and engineers were sent packing or to sell typewriters.

Our space program has been stuck on the back shelf for years. As we stagnate China, Russia and private companies make leaps and bounds forward. It’s about time we revisit our treatment of the space program and recognize it’s importance in securing our future stability and respectability as a nation. I can think of two guys who would be perfect to head up the scientific team! 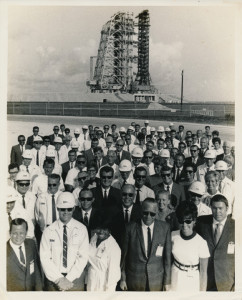 Some of the many IBMers who worked at Cape Kennedy during the early 60’s.

Have you ever visited the Kennedy Space Center Visitors Center near Titusville? What did you think of it?

I recently visited and as a former member of the Launch Support Team at KSC during the 60’s and 70’s I found the visit to the Saturn V exhibit heart breaking. As I glanced at the vehicle there was no indications whatsoever of who the contractors were for each stage of the Saturn V. Apollo was a “team effort”; NASA did not accomplish this mission all by themselves! I brought family members to see where I worked…imagine my dismay when there is not one word anywhere about Boeing, North American, McDonnell-Douglas, IBM, etc.

When I worked at the Cape there were probably 17,000 people there, and out of that number only 3,000 were NASA employees. What about the rest of us? You’re talking about the greatest technological team ever assembled, achieving the most difficult challenge of all mankind to date!

If NASA really wants to get this place right…the history has to be right. Why not dedicate a whole wing to The Team, who after achieving an unbelievable goal of putting men on the moon within the 10-year limit set by Kennedy, performed in an exemplary manner…Possibly the greatest team ever assembled.

As a result of my letter, and I’m sure many others as well, NASA has now assigned plaques to each of the stages depicting the contractors’ names who were responsible!

Did you ever work on the Apollo Program? If you did, I consider you a part of the greatest engineering team ever assembled. That team achieved the most difficult engineering challenge of all mankind to date…you’re right up there in great achievements with the Allies who won World War II.

I’d love to hear about some of your Apollo experiences…what was your title…what did you specialize in? Where did you work? What happened to you after the Apollo Program ended? Where did you go? Contact me with your story at m.lemasters@icloud.com.