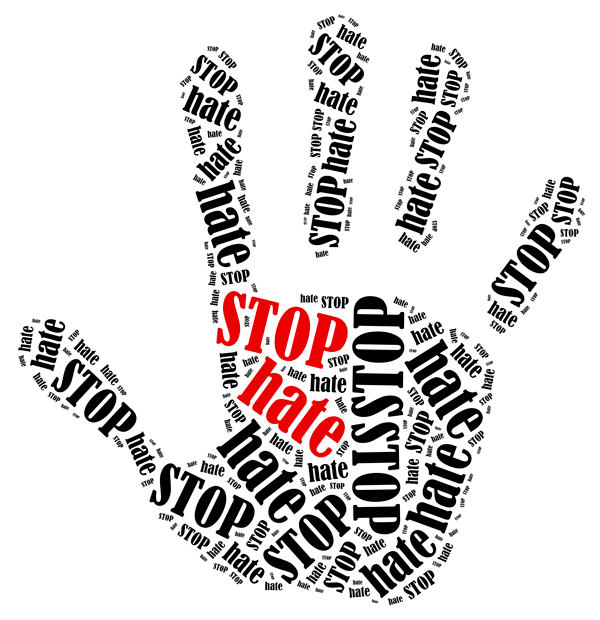 Recently after the results of the national election became known, a dear friend of mine announced that he was severing all ties and “un-friending” anyone who had voted for the president-elect, including his relatives.

I could understand his disappointment and utter sadness. However, I felt like he was taking the voting for the candidate personally…in other words those who had voted against his candidate were, in fact, voting against him and his needs.

My friend is usually a very loving, caring person so I was surprised at his dismay, and disappointment manifested in this manner.

Someone once said, “If you cut off those who love you, you’re left with no one who loves you.”

It may seem to us that our country is split into opposing factions as a result of the outcome. Bitterness and hate are screaming for our attention and embrace.

Last fall The Christian Science Monitor reported that after what appeared to be a terrorist attack in Ottawa that killed one soldier, New Democratic Party leader Thomas Mulcair took a stand against the hatred that is fueling Islamic extremists. He declared, “These acts were driven by hatred, but also designed to drive us to hate. They will not.”

The refusal to hate is a rock to climb upon…a firm foundation that promises to bless all in the process.

We can’t talk people out of hatred. We can’t bomb it out of them. We can’t even be nice enough to them that maybe they won’t hate or try to hurt others. Only when we understand how to dissolve the actual origins of malice will we all be safe.

The founder of Christian Science, Mary Baker Eddy, writes about hatred, “Christian Science commands man to master the propensities, — to hold hatred in abeyance with kindness, to conquer lust with chastity, revenge with charity, and to overcome deceit with honesty. Choke these errors in their early stages, if you would not cherish an army of conspirators against health, happiness and success.”

Hannah More, and 18 century writer and philanthropist said, “If I wished to punish my enemy, I should make him hate somebody.”

Hate is like darkness. Love is like light. When we live our lives with more consciousness of this light, darkness loses its capacity to reach us. As we begin to see that God is all, that this Light or Love is infinite, the darkness no longer even seems real, and no longer governs or influences our view of others.

“An army of conspirators” is exactly what hatred brings if we allow it through our mental door. Whether through self-justification, jealousy, hurt feelings, criticism or condemnation, hatred brings its own torment.

The human mind is often quick to draw dividing lines between people and create reasons for them to oppose each other. But when we strive to see others through the lens of Love, we find these lines start to dissolve.

To see the unifying power of divine Love in this country that we cherish so much, we have to sacrifice selfish desire; we need to yearn to understand and express Love and to see others as Love’s expression.

It is the power of love that destroys hate. It is Love, God, that comforts and binds up all wounds, resolves conflicts and brings harmony into our experience.

Living the unqualified love of God is what enables us to eradicate any lines between one person and another and find unity.