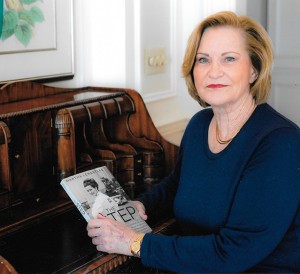 Martha Lemasters is a Floridian, reared in Ft. Lauderdale and currently residing in Vero Beach, Florida. During the late 50’s, she attended the University of Florida majoring in Journalism.

She began work for IBM on the Apollo Program at Cape Kennedy in the late 60’s. As a typist, then secretary and finally PR writer, she proved herself and earned her advancement. Kennedy Space Center during this time was a man’s world. It was made up of engineers, scientists, analysts, programmers and technicians with men outnumbering women 200 to 1. Women were deemed ‘safety hazards’ if dresses were worn on the launch platforms; catcalls and disrespect welcomed the women who traversed the bays of the VAB.

As a marketing communications writer, Lemasters wrote about the people who made up one of the greatest technical teams ever assembled in American history. Included in those stories are the heartaches, failures, losses, and challenges to the individuals who made up the Apollo launch support team at the Cape.

Following the end of the Apollo program, she continued into the Skylab and Soyuz programs. After these programs ended she joined Harris Corporation in Melbourne, also as a writer.

Following remarriage in the late 70’s to a top executive, she became fully involved as a corporate wife. She traveled the world with her husband’s ventures into technology. He worked first for Harris Corporation, then as president and CEO of CONTEL, which was eventually bought out by Verizon.

Since retiring, she has volunteered for the State Attorney’s Office as a victim advocate for six years. During this time, she hosted several concerts for victims entitled Vero Sings for the Victims.

Martha was one of the featured speakers, as well as an executive producer of the acclaimed Apollo documentary, WHEN WE WERE APOLLO.

She is a member of Impact 100, a women’s collective giving group who each donate $1000 a year and award grants to nonprofits in her community. She has served on the Board as vice president of Communications for five years.

She writes a bi-weekly inspirational article for the Newsweekly section of the Vero Beach Press Journal (tcpalm.com) on behalf of the Christian Science church. She also facilitates a seminar entitled, Better Thinking for Better Living.

She has been a member of the John’s Island Club for the past 15 years. She currently serves on the Board of Directors.

She spends her summers at her home in Highlands, North Carolina, where her three daughters, Curran, Cathy, and Cindy, love to visit.

Three of her closest friends who are depicted in the book, (but with different names ) Joanne Miller, Marylou Duffy and Sharon Witt continue to keep in touch throughout the year.