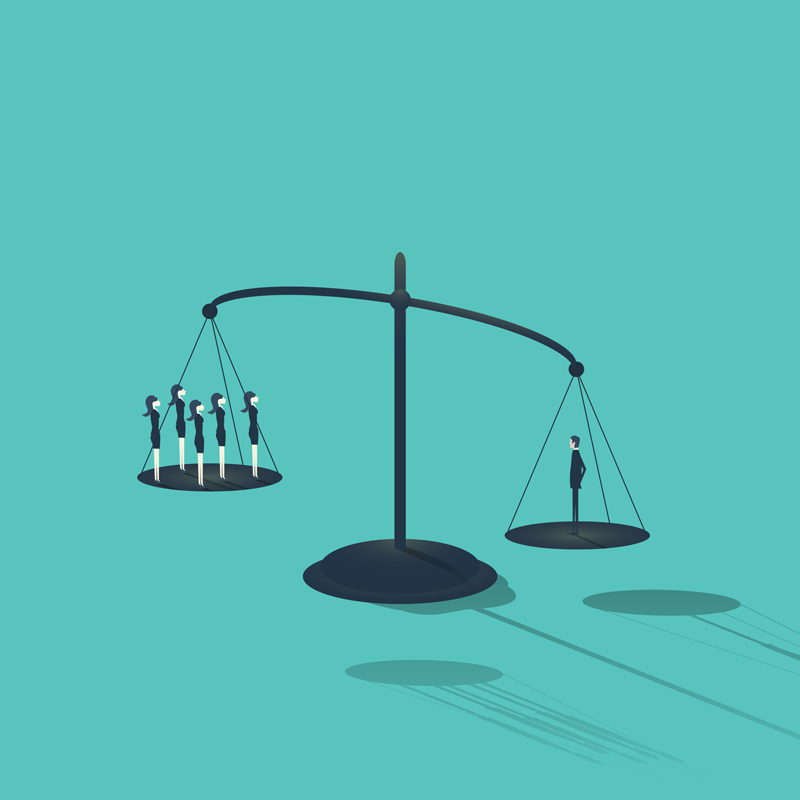 Following the Women’s March in Washington and around the world, I overheard one woman saying, “Those women don’t represent me!”

I couldn’t help but think, “Of course they don’t, you’re privileged…you don’t stand in line for sales, you’re not a single mother living paycheck to paycheck, you don’t depend on Affordable Care Insurance, you don’t depend on low-cost medical service…and you certainly don’t have other men in the office making more money than you do for the same job. You also don’t have to go through the desperation and worry of unwanted pregnancies because you can’t afford birth control.

Women who think that none of these issues affects them are thinking only of their own needs. There is a point in a woman’s life when one’s thinking shifts from what “I” need, to what do my sisters, the women in poverty, or those just facing troubling times, need. It’s a time when we think of others.

There’s a saying, “With great wealth, comes great responsibility.” That responsibility includes taking some concern for the needs of others. I know the concept of “wealth” is relative, depending upon one’s own economic status. But surely the atmosphere of compassion should enter the picture and elicit a sense of sharing and giving.

Within the global community the human rights of women vary greatly. Despite all the progress that has been made in some countries they are still subject to violence and even death.

Domestic violence against women continues to be a scourge. In the U.S., a spouse or boyfriend batters a woman every 15 seconds, and in North Africa, 6,000 women are genitally mutilated daily. Uneven treatment in cases of adultery, divorce, and property rights impoverishes and endangers many women.

I have among my circle of friends those who are gay, transvestite, elderly, black, crippled, poor, and disadvantaged. I am aware of their needs, I feel their heartaches, and I see their fear of bullying and loneliness.

To those who don’t believe in abortion…don’t get an abortion…and by all means, if it involves someone else, mind your own business, unless they are of your religion and have the same beliefs that you do. You have no idea what a woman is going through in her life.
Women’s rights, at its roots, is not a political issue. It isn’t defined by liberal feminism or conservative traditionalism. At the core of women’s rights are deeper questions of origin and identity.

We have only to look at the harsh strictures of the Taliban regime, and their effects on girls’ education and women’s freedom. Also, the second-class status of girls’ education in many countries stunts the lives of millions. Uneven treatment in cases of adultery, divorce and property right impoverishes and endangers women. Thousands of women in India are murdered each year over dowry disputes.

There’s a corollary to this truth: Full expression of manhood will be achieved only as women gain full equality.